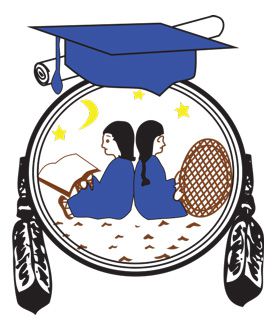 Super Size Me is a 2004 American documentary film directed by and starring Morgan Spurlock, an American independent filmmaker. Spurlock's film follows a 30-day period from February 1 to March 2, 2003, during which he ate only McDonald's food. The film documents this lifestyle's drastic effect on Spurlock's physical and psychological well-being, and explores the fast food industry's corporate influence, including how it encourages poor nutrition for its own profit.
From searching on the internet, about the effects of exercising on the brain and the connection to learning and academic results, I stumbled on the Spark book, the Needs to know interview, the Naperville Central High School program and Paul Zientarsky's TED TALK.
This TED TALK presentation was very inspiring and it made me believe that other people had paved the way towards that vision we were hoping to follow. As I continued to research, read and mostly listen to Podcasts that relate to Physical Education, this episode #80 of the Global PhysEd Voxcast with Jorge Rodriguez is very special. The Podcast came out on November 27, 2016 and the guest was Paul Zientarsky.

It allowed me to find out how the Naperville program got discovered by John Ratey and how this Phil Lawler was instrumental in making it happen. Dr. Thornton had told me all about him, Paul Zientarsky is very clear how instrumental he was in terms of modeling his P.E. Program and fundraising for equipement. It was all through the Super Size Me documentary by Morgan Spurlock. You can view YouTube trailers of the documentary below. One of them is a minute trailer and the other one a 7 minutes summary.
The full version of the documentary can be viewed below. We believe this documentary should be a mandatory part of the Secondary Physical Education Curriculum as a thought provoking element to stimulate a deeper reflection on nutrition and exercise in a school context.
Viewing this thought provoking documentary, including elements such as the Body Mass Index, health related diseases that come out of malnutrition and much more, inspires us to continue working towards developing a quality daily physical education program.

It makes sense that our School Nurse, Martine Roberge from the Cree Health Board has taken all height, weight and birthdays of our students to determine the average of our student population has a BMI considered pre-obese.

We need to work on prevention of diabetes, cardiovascular diseases and include nutrition as an integral part of the curriculum paired with exercising above 70% of their Maximum heart rate for at least 30 minutes daily. I hope these videos resonate with you as much as it did for me. We need to be an army thinking the same way in order to make a true difference!
UA-32456146